I work for MR Solutions as a Customer Support Manager & Applications Developer. In this role I have gained experience in:

I have continued to work on Pulse Sequence development.

In this role I have gained experience in:

I am a Contributing Editor at Luxury Globe Media. I write reviews for restaurants, bars and hotels in and around London.

Here is a sample of the reviews I have written:

I am the editor and co-host for three podcasts hosted on my main website:

I did work for MR Solutions as a Pulse Sequence Developer. In that role I gained experience in:

I implemented the following MRI sequences:

I have a PhD in Magnetic Resonance Imaging (MRI) at The University of Manchester.

As part of my degree I have gained the following experience:

The studentship details are as follows:

I have held the following positions:

I am involved in the following societies:

The Queen's Scout Award is the highest award a youth member can achieve in scouting and must be completed before your 25th birthday. The QSA requires you to fulfill requirements in the following sections:

I was a member of Manchester South Network for 3 years and 8 months.

I have completed over 200 Nights Away during my time in scouting.

I attended and helped run a week long camp at Rieneck Scout Castle, Germany for my International requirement.

I helped my scout group obtain their Faith activity badge for my Values requirement.

I completed my Duke of Edinburgh Gold Award to fulfill the Challenge requirement. 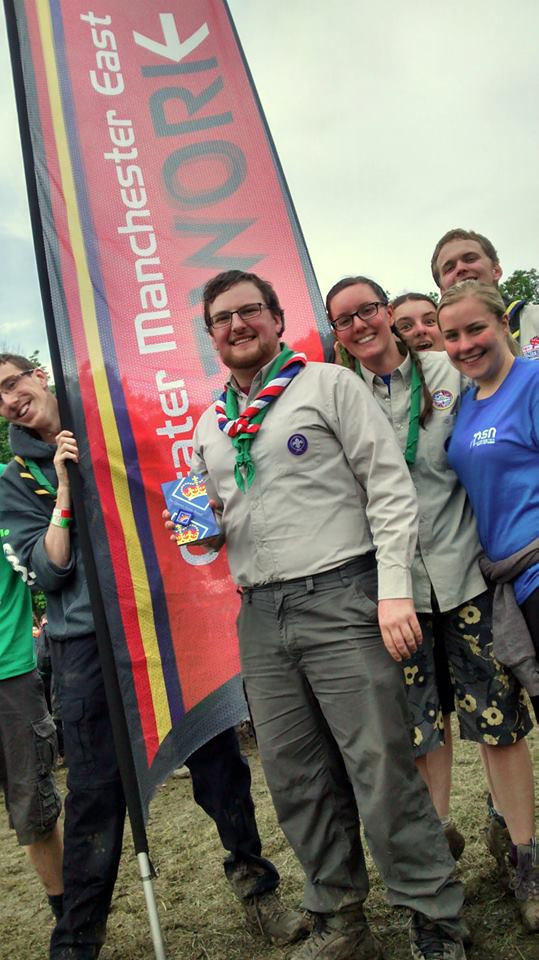 As ManSSAGO webmaster I have been responsible for updating the existing ManSSAGO website: 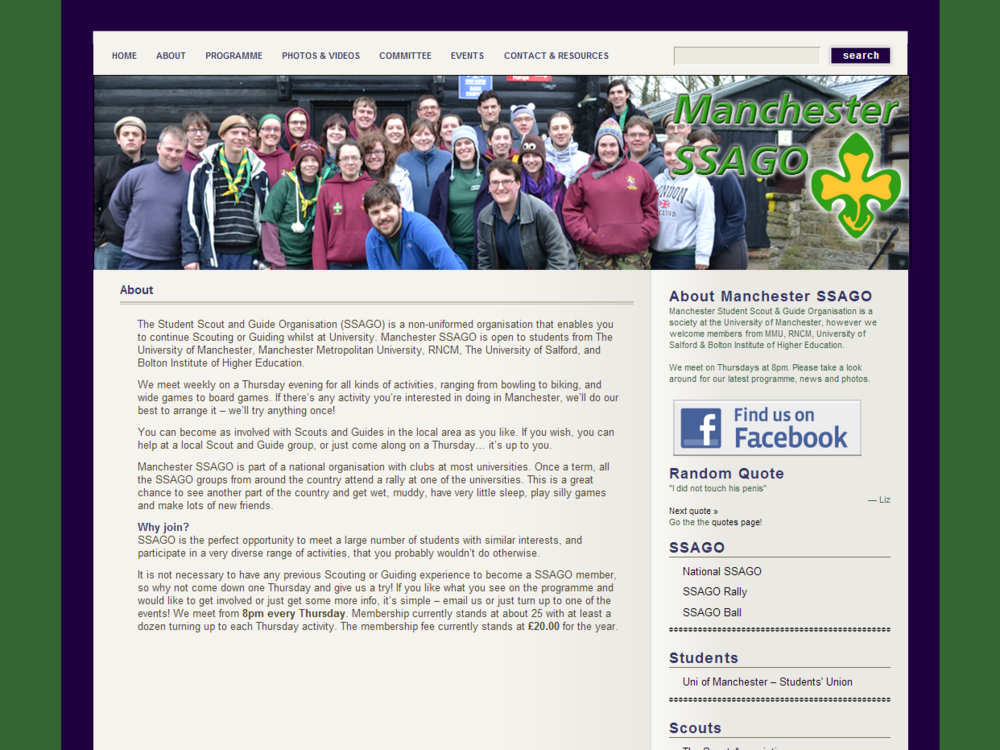 I have also been responsible for the ManSSAGO Ball Event website: 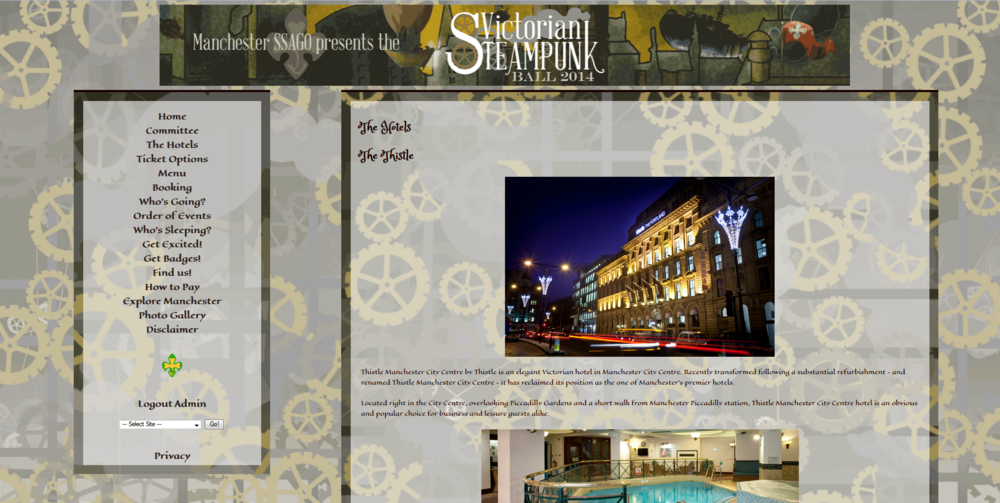 This website allows each national event to create their own layout and CSS. My work on this site involved:

*The banner art, poster art and sidebar design were created by Hari. The ball badge design was created by Liz.

I spent 4 months aiding in the instruction of 2nd year undergraduates in physics lab skills.

I was the Scout Leader at 306th Manchester Scouts until September 2014 having restarted the Scout section with a new leadership team in September 2013.

As SL I have taken the scouts on the following camps:

I spent 4 months aiding in the instruction of 3rd year undergraduates in C++ object-oriented programming.

I am the national treasurer in charge of organising accounts at a national level and approving accounts for national events.

As national treasurer I have overseen the following events:

I will also be responsible for overseeing the upcoming events:

As a member of the national executive committee I have attended the following events as outreach for SSAGO:

During my PhD I undertook a 5 month work placement at AstraZeneca, Alderley Park.

I have attended the following conferences through BC-ISMRM:

I have attended the following symposia through BC-ISMRM:

I was an ACSL at 306th Manchester Scouts for 12 months. I have since restarted the Scout section.

As ACSL I took the Cubs on the following camps:

As Secretary of MSN I was responsible for minuting meetings and distributing the minutes and important notices to the membership.

I was a Trainee Member of the International Society for Magnetic Resonance in Medicine (ISMRM) from 2011-14. I have been a Member since 2014.

I achieved an Upper Second Class (2:1) degree in Physics (BSc) with a first in the final year.

During my degree I was given a thorough grounding in all aspects of general physics and took optional modules specialising in C Programming, Medical Physics, Magnetic Resonance and Astrophysics.

I held the following positions:

I was involved in the following societies:

As treasurer of Warwick University's Airsofting society and a founding member I was part of an executive team that grew the society from 3 to 90 members within 2 university terms.

While I was on the executive committee we hosted the first Inter-University Tournament in the UK at our local site, The Grange.

Warwick AirSoc won the Warwick Student’s Union Best New Society 2009 award while I was on the executive committee.

I attended Royal Russell School Sixth Form for the entirety of my A-level education.

I attained the following grades in my A-levels:

I took Maths a year early.

I was involved in the following societies at sixth form:

I undertook a one month work experience placement at the Medium Energy Ion Scattering Facility at the CCLRC Daresbury laboratory under the supervision of Dr. Paul Bailey.

I was also introduced to research specific software.

I attended Royal Russell School for the entirety of my primary and secondary education.

I attained the following grades in my GCSEs:

I took both Maths and French a year early.

I was involved in the following societies at school: