Company of the Dragon: Doran

In which I detail the Human capital...

I'm starting a new 5th Ed D&D campaign soon. I've decided to come up with my own world based on some ideas I have had in my head for far too long. I'll be detailing locations (and if I have time, regaling you with stories of the campaign) on this blog. I'll only be uploading information that the players already/are supposed to know here.

Doran is the capital of the human realms (known as Hildettar*) and where the characters will be starting. It is situated along the river Duinas† that flows from the lands of the Wood Elves to the North.

Previously Doran was the seat of the greatest of the human kingdoms ruled by an absolute monarchy. Following a troubled succession the final King, Lucius IX gave up his power and appointed a council of advisers to rule in his stead. In the last 70 years this has transformed into a (somewhat) representative democracy that has ushered Doran and its territories into a new era of economic prosperity.

*This is taken from the High Elvish roots for human and land.

†The root for this word is simply 'river' in Wood Elvish.

The map of Doran is below. If you click on the image it will take you to the full, labelled map (Warning: 11 Mb in size). The Magic Colleges and the Company of the Dragon headquarters have been highlighted: 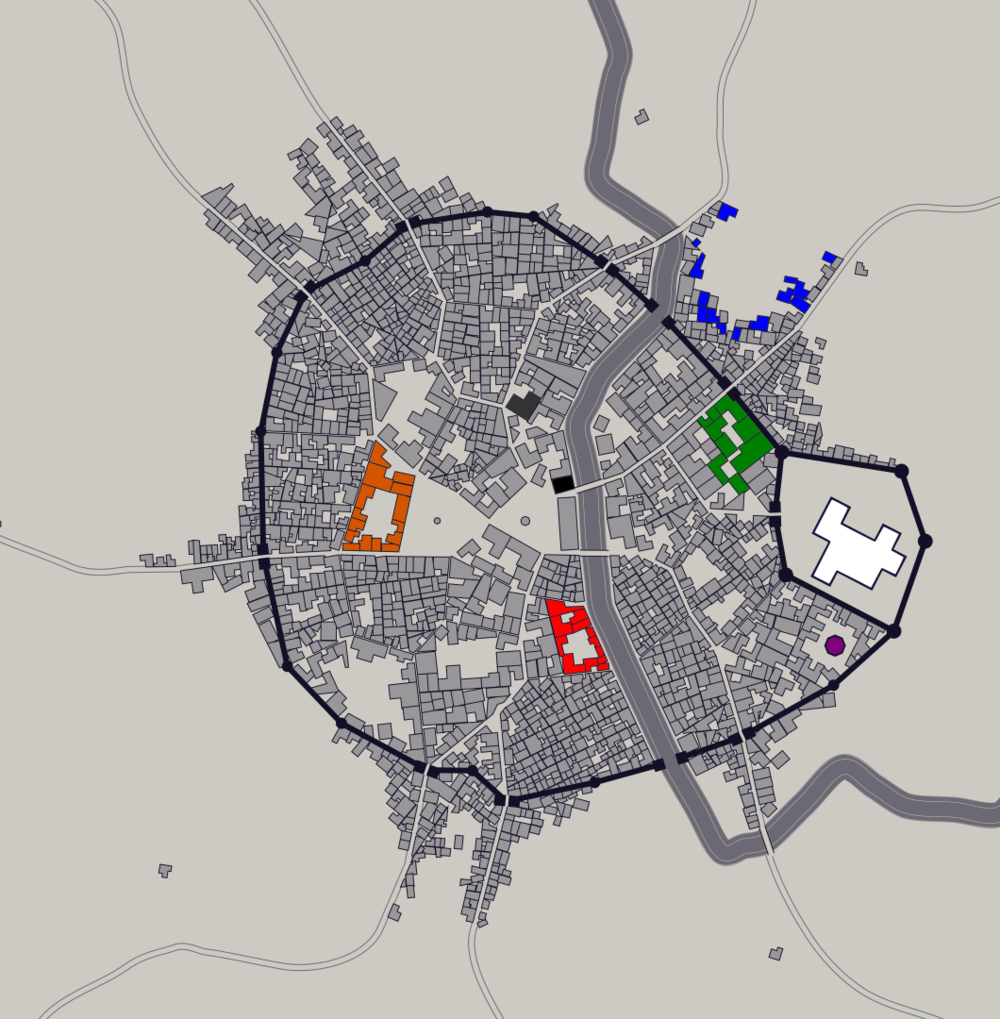 Clickthrough for the large version with labels.

Since creating a whole world from scratch is a lot of work I will be using tools such as the City Generator to aid my imagination.

The map above was generated using the Map Generator. This is a really cool online tool that allows you to procedurally generate city maps with a variety of options. It took me about 30-40 attempts to generate a map similar to what I had in mind as I really wanted the river to run through the city not next to it. This seems to be fairly rare with that generator. After exporting the SVG file I then modified it in Inkscape and used that to export the hi-def PNG.

I used the City Generator and this article on demographics to pick the keys stats for Doran.