Company of the Dragon: Headquarters

In which I detail our adventurers’ base of operations…

The Company of the Dragon

The Company of the Dragon is the most renowned and longest standing adventuring company in Doran, Hildettar and perhaps the world. Every 5 years or so the Company recruits for new members to join its illustrious ranks.

At the start of the campaign all of the players need a reason to join the Company. Try your best to be inventive and tailor them to your characters:

The Company’s headquarters is based in Doran on the west side of the river, just above Pelor Plaza. Originally a fairly opulent mansion it has been extensively remodelled over the last 200 years to form a base of operations with training facilities and amenities for adventurers of all types.

Uninitiated characters only have access to the unlocked rooms on the ground floor at first:

Once they have completed a mission for the company they can stay in the dormitories and eat & drink for free (equivalent to Modest living conditions from the PHB). 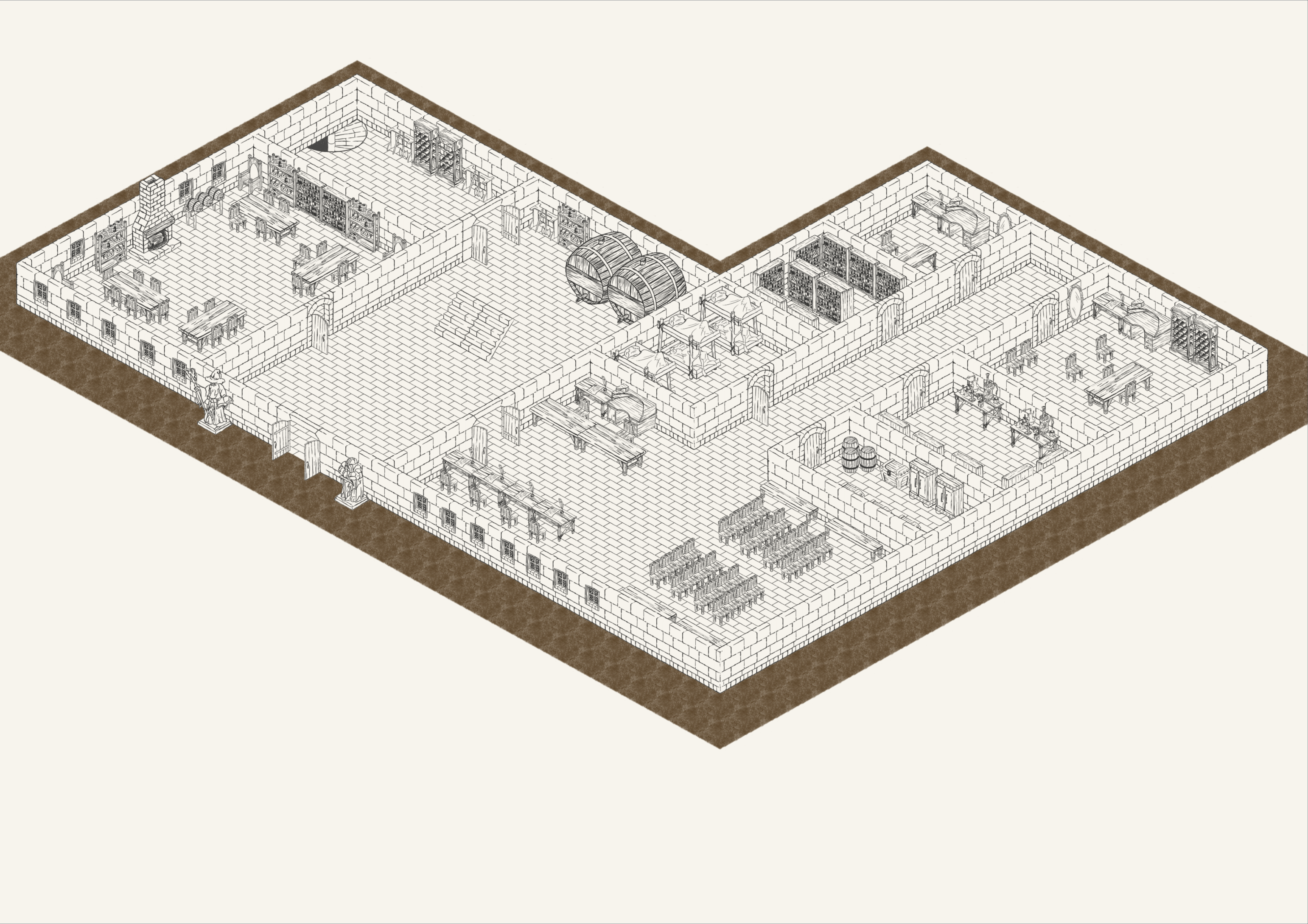 Until the players have progressed beyond being initiates the majority of these rooms are locked. There are two more dormitories with bunk beds and several bedrooms with nicer beds for more experienced Company members or visitors to stay in.

Inaccessible to the PCs until they graduate from being initiates.

Inaccessible to the PCs until they graduate from being initiates.

The Company of the Dragon interior was designed using Hobbyte’s Dungeon Builder. This blog makes no income and so I am able to show these maps here under the terms of my Dungeon Builder license. Samuel Bonner’s name comes straight from Artemis Games’ Character Cards. The character himself is inspired by his card.